Is it possible for artificial intelligence to replace all humans? 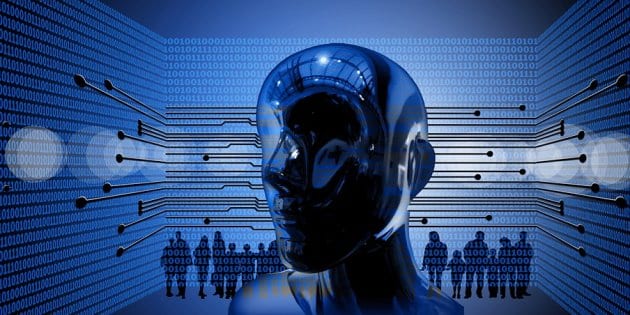 ‘Is it possible for artificial intelligence to replace all human professionals?’ It originally appeared on Quora, a place to acquire and share knowledge and better understand the world. Answer by Arturo Arismendi, Est. Msc. Information Sciences: Personally, I think the first mistake with artificial intelligence was to choose its name … Why did you decide to call it intelligence? If it’s not smart at all. People imagine self-thinking machines, or sinister desires to destroy the earth but what we call artificial intelligence is nothing more than methods of solving problems with a mathematical sustenance. It has never really happened that a researcher leaves a free AI and when he returns a few hours or days later he finds himself with a system with self-awareness and communication skills. The artificial intelligence is not more than the application of an algorithm, perfectly designed and explained from the logical-mathematical reasoning.

As an example, we can mention neural networks (I do not understand why they are called neural networks if they do not have neurons). It is really a way of decomposing a problem in much smaller linear functions that together manage to calculate a solution. Neural networks should be called more as a distributed linear regression system adjustable by weights or something like that. Could a neural network solve anything? No, if the nature of the problem is not linear or if it is more complex it can not be linearized. In addition all the input information must be transformed into coded data so that the neural network can process them. By itself you can not obtain or understand information about the environment. All techniques of “artificial intelligence”, are made to solve very specific problems, are relatively useless in another family of problems. If you design a neural network to play blackjack, it may be useless for everything else. On the other hand the techniques of “artificial intelligence” still need who initiates and supervises, none has the power to initiate, self-create or modify beyond the context of the problem to be solved. When a computer scientist says he was surprised at the result he got from experimenting with “artificial intelligence,” he is really saying that the results were as expected but with less time or resources used, not that Frankenstein was born. That in some future human beings come to create self-thinking machines, with their own reason capable of displacing human beings or enslaving them etc. It could be, after all in this universe everything could be. But considering the current situation in the field, we are impressively far, far from this point. If I ask a human being to jump 10 floors up and reach the roof of a building, he will normally say that he can not, since the human mind, before trying to solve a problem, evaluates it and decides whether it is possible or not to solve it. Deciding if you can solve random problems is a capacity that “artificial intelligence” is still so far away from acquiring. There is no clarity about whether the current advances in artificial intelligence really are a way to create self-conscious and thinking machines. Possibly we are solving very interesting problems but at the same time wasting time.